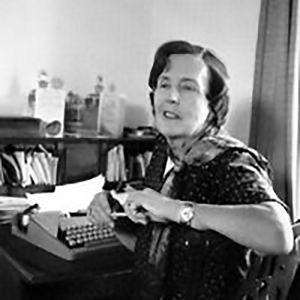 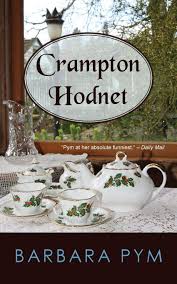 In 1940, the English-novelist Barbara Pym intended to publish Crampton Hodnet, a comedy of manners set in North Oxford, England. Unfortunately, World War Two intervened and the novel had to wait to find its public. First, after the war, Pym experienced literary success with the publication of six novels between 1950-61, none of them “Crampton Hodnet.” For the next 16 years, no one would publish her new novels and she became a forgotten literary figure. Finally, in 1977, The Times Literary Supplement, an august London weekly, asked notables to name “the most underrated writer of the [20th] century”; Poet Philip Larkin and biographer Lord David Cecil both chose Pym. Pym’s work experienced a wonderful renaissance and she published four more novels. In 1981, she died. Four years later, after Hazel Holt, Pym’s literary executor, prepared the manuscript for publication, Crampton Hodnet was finally able to enter our lives.

Of Pym’s thirteen published novels, Crampton Hodnet is the funniest. It has the hallmark of Pym’s work: the close observation of ordinary lives of middle-class Englishmen and women. Some of her characters are confined by the cruelty of genteel poverty while others are swollen with arrogance by failing to appreciate their own good fortune. Crampton Hodnet, however, contains none of the heartbreak of The Sweet Dove Died or any of the pathos of Quartet in Autumn.